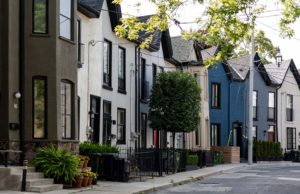 With Toronto moving into the third stage of reopening Friday, realtors will once again be permitted to host in-person open houses with precautions in place.

This week the Ontario government announced that Toronto and Peel Region’s public health units would be progressing into Stage Three of the province’s COVID-19 reopening plan as of Friday, July 31st, following a steady decline in new infections. Already, 31 Ontario public health regions have entered the third stage, allowing some pandemic-related restrictions to be lifted in those areas, such as the prohibition of real estate open houses.

“For businesses and people in these regions, this is great news,” said Premier Doug Ford during a televised press conference at Queen’s Park on Tuesday. “It’s another massive step forward.”

Since early April, in-person open houses have been banned province-wide in an effort to reduce the transmission of COVID-19. With the province’s largest city now able to loosen event and crowd-related limitations, open houses could begin as of this weekend.

“I think it’s a good opportunity to bring it back and make my listing stand out, because I don’t think that other people will be thinking about doing one this weekend,” said Roger Travassos, a Toronto-based realtor. “It’s an opportunity to try something differently. It wouldn’t be just an open house that anyone could walk through.”

If his clients are comfortable with the idea, Travassos explains that he would consider hosting an open house on his listing this weekend with health and safety protocols in place. Already, the Ontario Real Estate Association (OREA) and the Toronto Regional Real Estate Board (TRREB) have issued open house guidelines to realtors on how to safely conduct open houses, with an emphasis on the continued use of digital tools and virtual alternatives.

As outlined in these recommendations, Travassos would implement registration procedures and social-distancing measures at his open house, such as using PPE and allowing only one family of visitors inside at a time, while others wait outside distanced from one another with floor markers.

However, not all agents are planning to host open houses in the near future. 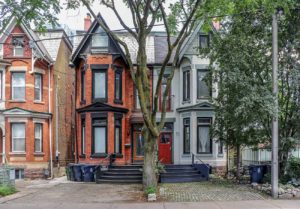 “I don’t think it’s worth the risk to sellers or to me,” said Sandra Pate, a broker with Sage Real Estate. “I think it’s already a bit of a risky job when you’re dealing with people face-to-face, and I do meet people that I’ve never met before.”

A former registered nurse before beginning her career in real estate, Pate says unknown visitors or buyers that haven’t been vetted thoroughly can be an added risk to sellers. For now, she’s not planning on scheduling any open houses on her listings. Instead, she’ll continue with the live virtual open houses she’s been hosting on Facebook and private showings with serious buyers.

“I may change my mind in a month or two or six, I don’t know. We’re learning more and more about this virus every day,” said Pate. “As far as I can see, it’s a very virulent virus. It has a lot of long-term effects, even if you do recover, so I don’t want anybody to be at risk.”

Open houses may not revert to their pre-pandemic ways for some time, though Travassos says that there is interest from buyers to view properties out there.

“In terms of showings, I think we’re at the same level that we were at last year for this time of year, when we didn’t have COVID, so that tells me that people are willing to get out there and look at properties,” he said.