Dream kitchens and luxurious bathrooms are often the go-to renovations for homeowners looking for the best return on investment, but experts suggest the biggest bang for their buck might be as simple as replacing a garage door.

Renovations in Canada are big business, with Canadians spending about $6.3-billion on residential renovations in August, 2019, alone, up from roughly $5.8-billion in the same month the previous year, according to Statistic Canada. 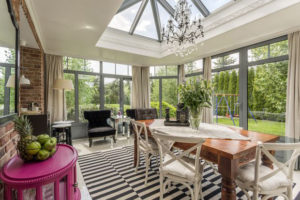 Some projects offer more of an emotional return than financial, according to a report from the Appraisal Institute of Canada. Finishing a basement, adding a garage, building sun rooms, decks or landscaping a yard offer some of the highest enjoyment value.

“When you’re doing renovations, some of them have a different impact and it’s not always about value,” said Dan Brewer, a senior appraiser and former national AIC president.

People often choose to spend tens of thousands – if not more – on renovating a basement to give themselves additional living space, a better play area for kids or a space for extended family to stay when visiting, Mr. Brewer said.

But it also offers “a double-edge benefit,” he said, as buyers tend to pay a little more for homes with finished basements than those without.

Kitchens and bathrooms, on the other hand, often don’t boost the sale price by the cost of the renovation, Ms. Aunger said.

“I always say to people, ‘If you’re going to do a renovation of your kitchen and you’re thinking of selling two years from now: do it now, so you at least enjoyed it for the two years.’