Days on the market: Six 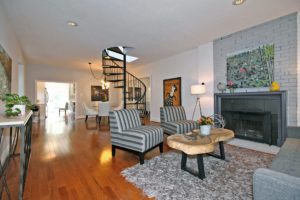 A spiral staircase between the living and dining areas leads up to the second floor.

An address on a tree-lined street in the much-desired Pocket neighbourhood drew large turnouts at the open houses in the first week of June for this semi-detached house.

There is low turnover in the neighbourhood south of the Danforth near Jones Avenue, making the homes that do come on the market that much more desirable. “This might be the third this year, but we might not see any more,” said agent Sandra Pate, who oversaw four offers for the house.

“There was one that just sold a few doors south of this one and they tried pricing it at a price they were willing to sell it for – and it sat. So, this market is all about pricing low and then you get success, hopefully.” 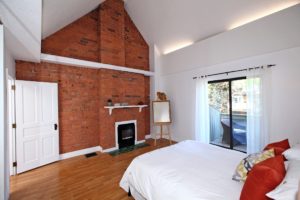 The master bedroom has a balcony.

This turn-of-the-century house has been split into two units; the main suite comprising the first and second floors, and a basement rental apartment. Both are accessed from a front foyer.

The two-storey upper unit has three bedrooms on the second floor, which is accessed via a spiral staircase that stands between the living and dining areas. The master bedroom has a balcony. The modern eat-in kitchen has a walkout to a fenced-in garden.

The one-bedroom basement suite has 10-foot ceilings, a gas fireplace in the main living space and a compact kitchen. 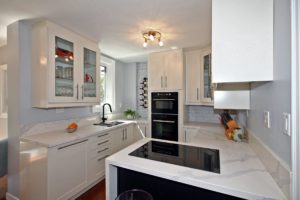 The modern eat-in kitchen has a walkout to a fenced-in garden.

“Earl Grey is a nice street and the Pocket is such a preferred location, close to the Danforth, shops and subway,” Ms. Pate said.

“The Pocket has its own community vibe with a local paper, movies in the park and they do an event for just about every holiday of the year.”

The house itself is also an anomaly. “It was a bigger semi because it has 20-foot frontage, which doesn’t sound like much, but downtown you could have 13-, 14- or 15-feet frontage,” Ms. Pate said.

“And this one had a rare legal basement apartment … I’ve seen maybe five in 20 years.”