You may have heard that the City of Toronto was changing the rules regarding short term rentals. This by-law was to take effect this fall, but has now been appealed and won’t be heard until 2019. So, short term rentals continue, which is believed to be affecting the super tight vacancy rate in our city. Keep in mind that every condominium has different rules. Many have changed their by-laws to prevent rentals for shorter periods than six months. If you’re thinking about renting a condo suite short term, check your rules carefully. 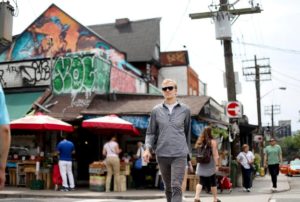 An appeal of new rules for Toronto’s short-term rental housing has been postponed for a year, leaving the regulations in limbo as the city undergoes what critics call a “destructive rental crisis.”

The hearing before the Local Planning Appeal Tribunal was scheduled for two days last week. When the tribunal concluded the hearing would actually take five days, it was rescheduled for the next date when a hearing room, the adjudicators and all parties involved were available.

The tribunal could then take up to eight weeks to release its decision.

Now, Toronto is on track to lose thousands of long-term rental units to the rapid growth of home-sharing companies like Airbnb over the next year, say supporters of the restrictions.

“This is unbelievable,” said Councillor Gord Perks. “This is another year of more people who are going to lose their homes.”

“If they delay it for a year, I’m quite happy with that,” said Dellamano. His company has a rental service and acts as a property manager for owners of downtown Toronto investment properties. Now that operators have a “whole year, a whole other summer season,” they’ll be more likely to invest more money in short-term renting, he said.

In that year, Toronto could lose about 3,000 rental units in the midst of a “very destructive rental crisis,” said Geordie Dent of the Federation of Metro Tenants’ Association.

Between 2014 and 2016, the number of short-term rental listings tripled to cover 10,800 properties, said a city staff report. By August 2018, Toronto had more than 17,500 Airbnb listings, according to Inside Airbnb, an independent data project.

Thorben Wiedtz, a spokesperson for Fairbnb, said the increase this year alone is “shocking” and said the next year with no regulations will “make a huge difference” to people trying to find affordable long-term rentals.

“We are in a housing crisis. It’s urgent. We shouldn’t have to wait another year,” said Dominque Russell, chair of Friends of Kensington Market.

City council approved the restrictions, including a ban on nightly rentals of self-contained basement apartments and otherwise vacant condos, last December. They were set to go into effect at the beginning of June, until three short-term rental operators appealed the bylaw change to the tribunal’s predecessor, the Ontario Municipal Board.

Until the appeal is heard, the city cannot begin “any process of implementing and enforcing regulations,” said city spokesperson Bruce Hawkins. It will lose out on short-term operating and charging fees, totalling an estimated $1 million, according to a staff report.

The Local Planning Appeal Tribunal is meant to be “faster, fairer and more affordable” than the OMB, said the province when it announced the change last year.

But the tribunal faces “quite a challenge” handling new appeals within the required six to 12 month time frame, while also dealing with the a backlog of “legacy” cases filed under the OMB, said planning lawyer Leo Longo, who represents one of the appellants.

Longo noted that all parties, including the city, agreed to the delay in the hearing.